“But man is not made for defeat. A man can be destroyed but not defeated.”

I read the very same line few days back and I felt like a winner despite of all the failures that have miserably been destroying me within and I felt proud of myself – really very proud for being steadfast and dedicated to the goals of my life. The question that rises over here is that if failure really is a misery that can compel you to invite a death call and split the threads of your breath? Who is not a FAILURE in this life – failure is an understatement; we all are WARRIORS! We struggle to achieve and if there are huddles to accomplish on the way to our destination then they are the trademark for earning experience – the only human on the planet who have no experience (in terms of life) is a new-born baby and as soon as he breathes in this world, he is open to the wide valley of experiences. From feeding to playing, from smiling to crying, from sensing to loving, from crawling to walking; all is a new experience for him. When he is learning to walk or sit, he does fall short a million times and he does cry often but all these efforts are worth it when he finally succeeds to sit or walk without an external support – that one smile of joy is worth the plenty tears he had cried throughout the miserable process of learning and that pain is worth the skill he has learned over the course of time. Unfortunately, as a baby grow physically with utmost optimism and a firm belief in trying; his mental capability grows with the blend of influences from the social circle and other things that encompasses the society where he grows up. When this baby starts kindergarten, he cries because he fears the new atmosphere and isolation from his mother punches him in his gut. When the same boy grows up to join school, he fears to make new friends and the competition to cope up with studies. With the time, many ups and downs are welcomed by life. Some are bearable and some are beyond one’s endurance capability, hence in any way human survives because they possess the brains to reframe themselves after being completely destroyed and devastated. Some are real warriors and endure pain and suffering coming their way with the determination, steadfastness and a hope to see the bright day but some lose hope and make a heartbreaking decision of “SUCIDE” – it pierced and slashed my soul while typing this word but encountering and accepting the reality is primarily imperative in order to eliminate it. 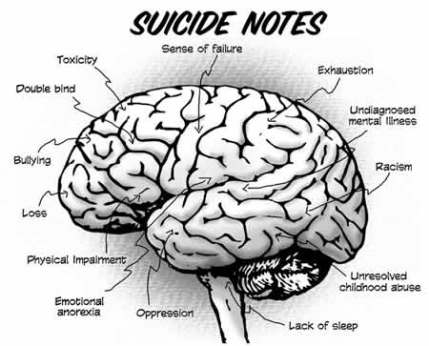 Suicide is one crucial reality of this bitter-sweet world. I am well aware of how life can be intimidating and discouraging but is “SUICIDE” a moral decision? Of course NOT! The World Health Organization (WHO) estimates that each year approximately one million people die from suicide, which represents a global mortality rate of 16 people per 100,000 or one death every 40 seconds. It is predicted that by 2020 the rate of death will increase to one every 20 seconds. This is what’s happening around us and I know that it would keep increasing as it has been reported by WHO that since the last 45 years suicide rates have increased by 60% worldwide. Suicide is now among the three leading causes of death among those aged from 15 to 44 years (male and female). I have known a guy who tried to attempt suicide around three years back but his attempt failed . I met him the day before yesterday in a cocktail party and I observed a different guy talking to me. He sounded happy and ebullient and he was talking about how he would be marrying in the upcoming months. By looking at him, I wondered if he really remembered the night his mum was crying on my mum’s shoulder and I was peeking inside the operation theater where his body was being operated to work out with poison if possible. I thought back to myself silently if he remembered how long that night would have been for his mother who had turned into a widow just a month ago. I questioned myself whether he recalls his attempt and thank Almighty for giving him another chance to live the blessing he was bestowed upon with. The smile that illuminated his face and the reflection of bliss and pride in his character was evident that I can tell very easily what his answer would be if I ask him whether the decision he made three years back about ending his life was a sane decision or not. His answer would absolutely be “NO” when he had been a victim himself of the unending toil but his contentment today is a positive weapon to encounter everything with confidence and optimism. 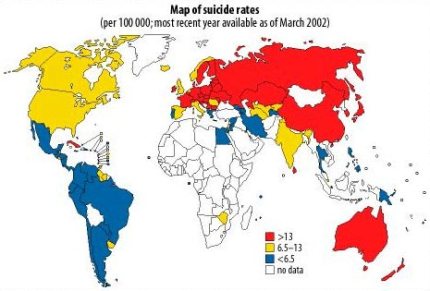 The WHO states that mental health disorders (particularly depression and substance abuse) are associated with more than 90% of all cases of suicide. However, suicide results from many complex sociocultural factors and is more likely to occur during periods of socio-economic, family and individual crisis (e.g. loss of a loved one, unemployment, sexual orientation, difficulties with developing one’s identity, dissociation from one’s community or other social/belief group, and honor). The suicide rate astounded me when I read the WHO report further stating that 55% suicide attempts are made by adolescents to adults aged between 15 to 44 years and 45% suicide attempts are made by people aged 45 years and over. The crucially disheartening fact is that suicide is the third leading cause of death for young people aged between 15 to 24 years at which WHO states that “Youth Suicide is increasing at the greatest rate.”

Most people who commit suicide don’t want to die—they just want to stop hurting. Suicide is an attempt to escape suffering that has become unbearable. Blinded by feelings of self-loathing, hopelessness and isolation, a suicidal person can’t see any way of finding relief except through death – the only way they think they can attain peace. However despite their desire for the pain to stop, most suicidal people are deeply conflicted about ending their own lives. They wish to find an alternative to committing suicide but they just can’t see one. If a friend or family member is considering suicide, you might be afraid to bring up the subject but talking openly about suicidal thoughts and feelings can save a life. Hence, we have to aware ourselves to help people around us. One death in every 40 seconds is not a joke – we are a responsible “HUMAN” living on the planet (say NO to geographic divisions – we all are one and this world is our abode) Hence we can always endeavor on our part to stop this exercise and educate the people around us regarding “LIFE” who may in your opinion can later be the target of this lethal exercise. Therefore, I believe that we all have been through pain and suffering, our heart must have been attacked and invaded at times and our soul must have wished for an end once in a while but that doesn’t allow us to put a full-stop ourselves. Wait for the natural full-stop; at least that doesn’t announce you a “LOSER”. None of us desire an undignified end and even most of the suicidal people do not desire “DEATH” or “DARK-END”; instead they desire for the pain to stop. Make an aim to stay happy and make others happy. Reward the people around you with a smile and a compliment to make their day – your smile can be a healing therapy for a traumatized heart which can result in saving one life for every 40 seconds.

80 responses to “Suicide is never an ANSWER!”