After a sickening eternity, rainbows lingered in her eyes. The violet emerged ever so charismatically in her cold grey eyes when she imagined a life beyond her cottage in the woods. The fireworks lightened her dark lonely heart with sparks of bright hope and vibrant dreams when she realized that she could finally fly in the indigo sky. She was unhappy to leave her nest and folks behind but at the same time exhilarated to step out of the shadows to embrace a new beginning. She was tempted by the world of unknowns and danger. Little did she know, life outside her cottage was a vicious trap but she wouldn’t understand unless she became a victim of its sweet pain.

The reality of her existence boomed with the blues of Sea-Holly as she was warmly welcomed by the place she had only dared to explore in her dreams. The buildings stood taller than the pine trees that surrounded her cottage in the woods. She noticed that the sun shone differently in this so-called flawless world as if it vacillated whether to share its precious light with the gloomy creatures. The stars didn’t sparkle with their usual pearly white light at night and she was taken aback by the unusual differences she had observed in such a short time span. Wasn’t Nature supposed to be same all across the planet? Pushing her thoughts aside, she closed her eyes and took a deep breath trying to absorb all she could of her enthralling yet mysterious green surroundings.

Days passed by and her pale yellow aura projected that she was utterly excited and hopeful for the future since she had recently embarked on a spiritual journey. Although in reality, the palpable excitement she had once felt about her life had been diminishing slightly. It was not that she wanted to return to her nest but this thriving world didn’t appeal to her as much as before. As she began pondering over the matter, the stunning orange sky took over her senses. She gave up in the arms of an enchanting evening hoping for the best but expecting the worst.

Time taught her well. The land of her dreams was painted with red. They loved each other and fought with the same people they cared for. They plucked the blooming flowers and stole the delight of Nature to decorate their houses but at the same time preached to be environmental friendly. They complained about the cold weather in winters and about the heat in summers. They were capable of differentiating between right and wrong yet chose to favor and support the corrupt. They killed to enforce peace. They had labelled everything from the color of their skin to the blood in their veins. They treated their fellow beings differently based on their gender, profession, religion and race. They bullied the weak and hated to be reminded that they were in the same shoes not too long ago. They lived in the world of gadgets where they text-messaged often and rarely spoke. They shared everything on the social media in the name of ‘sharing is caring’ but in reality, the idea of sharing was almost unknown to them. They were never contented and always yearned for more. These creatures were not only different from her folks in the woods but also were complex. Their actions often contradicted their words as their minds did their hearts.

The rainbows in her eyes faded as this multicolored world of labels stomped over her dreams and awoke her to a harsh reality. The truth was bitter but the lies she had been living for the past few months had been sweet. How she wished to rewind time and be unknown to all the mysteries which had been unraveled. How she wished to be a child again.

Wait; was she one of them already? 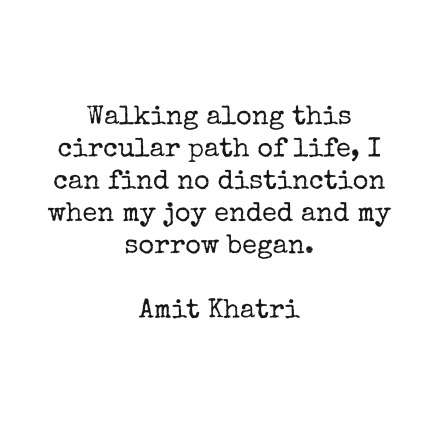 25 responses to “The World of Labels”